Adding a second story to a house is a bigger challenge than most people realize. My remodeling company does a lot of this kind of work, and I’ve done this project at my own house and lived there with a wife and kids while it was torn asunder. So I know better than most what an undertaking it is.

Nearly doubling your home’s square footage is incredible when it’s over, but it comes with a price.

We suffered all the ravages of turning one’s house upside down while living there during the construction – something I now will not allow my clients to do.

It taught me huge lessons about how stressful remodeling can be when it’s your home in question. I now have a deep, genuine sense of empathy about the upheaval and disruption that happens, and I find that homeowners appreciate having a contractor who knows the challenges of remodeling first-hand.

Second floor additions are also technically complex projects, so it’s a good idea to have an understanding of the process and typical costs before jumping in feet-first by getting plans and estimates.

Below, I’m answering some of the most common questions homeowners have about adding a second story, as well as some of the questions they should be asking if they’re considering this type of home improvement project. 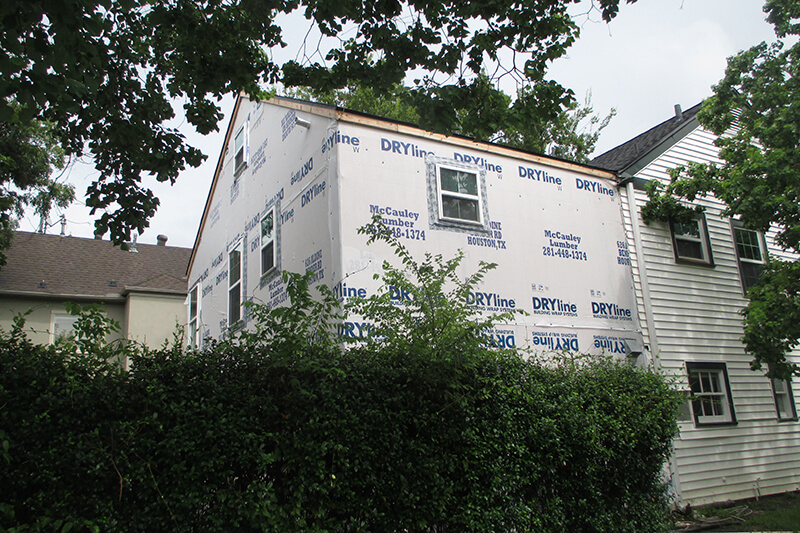 Q1.  How much does it cost to add a second story?

A. Every house is different but here are some typical ranges: For a full second-story on a 2,000-square-foot house, the cost can range between $200,000 and $600,000. For a partial second-story in the 500-700-square-foot range, expect to pay $150,000 to $200,000, especially if there is a new bathroom upstairs. It may seem surprising that the cost of a partial add-on approaches the cost of a full second-story addition, but the reason is many of the associated costs are the same to add one room or three rooms on top of your house.

People are also often surprised to find out that a new two-car, 24’ x 24’ garage with a loft above, can cost between $150,000 and $200,000. If you already have a garage, adding an apartment over it can cost $60,000 to $75,000 for a one-car garage, and a two-car garage can cost upwards of $175,000. A garage with a second-floor living space is a lot more complex than a simple garage that’s intended to house your car, and you often end up having to replace the existing garage entirely, slab and all.

Q2. Do I have to do a full second story or can I do a partial one, such as adding a new master bedroom and bath as second-story space?

A. You can do it either way, but as I said, you’ll probably get the most value out of doing multiple rooms.

Q3. Why does second-story work cost more per foot than adding new space on the ground?

A. Several reasons: There’s more demolition (of roof systems, for example); there’s a lot more interruption and re-working of the plumbing systems and A/C gear in your attic and walls; and the addition of stairs in the house always requires significant changes in the downstairs space, a factor often overlooked by homeowners considering adding a second story to an existing house.

Q4. Are there exceptions to the rule where I can live in my house during the construction?

A. Yes. Remodeling work produces an enormous amount of dust. However, with some partial second-story projects, the work area can be isolated and “walled off” to keep dust and some noise in, leaving the kitchen, bathroom(s), and some bedroom living space relatively untouched. Also, you can almost always live in your home while a two-story garage is being constructed.

Q5. How do I find a remodeler who has the experience and skill to do this sort of project?

A. This is no handyman project, that’s for sure! You need a contractor with lots of experience knocking out structural walls and tying into existing mechanical systems. The most experienced contractors in town belong to the Greater Houston Builders Association (GHBA) Remodelers Council and the National Association of the Remodeling Industry (NARI). Also, be sure he or she has certifications in remodeling and construction.

Instead of wasting time parading several contractors through the house, use your time wisely to ask the right questions over the phone first, to narrow it down to one or two companies to come do site visits. Then select the one you think is the best fit for you, and negotiate the project from there. A skilled remodeler can even help you cut some cost out of the project if need be.

We’ve put together a contractor test to help you know what to ask to find a reputable contractor.

A custom builder I know says he can do my remodel and has given me a cheap price. Is it too good to be true? Follow your gut instinct. Beware of custom builders who say they know how to do remodeling. Remodeling is a different discipline with more skilled crews than those who do new construction. Custom builders do not have enough experience knocking out structural walls and tying into existing mechanical systems, and perhaps more dangerous, don’t know how to estimate these costs. This increases the chances they will run out of money and leave in the middle of the work, leaving you with an expensive mess.

Q6. How long does a second-story addition take?

A. The amount of foundational work needed, the weather, the availability of materials (a significant issue in 2021), permitting, and change orders are just a few of the factors that affect how long these projects take. But for a full second-story addition, six to 12 months is the typical range. A partial addition may be able to wrap up in three to five months.

Q7. Will my foundation be able to support a second story?

A. Yes, but only after it gets some help. Second stories add significant weight to the original house, something its skeleton was not designed to carry. Detailed plans must be developed with an engineer’s input and underground piers strategically placed inside and around the perimeter to reinforce the slab. An analysis of your slab and the engineering costs may run between $2,000 and $5,000.

A similar analysis has to be done if your home is built on a “pier and beam” foundation up off the ground.

Critical structural details like beam sizes should all be spelled out in the plans before you get any estimates. An architect’s opinion about remodeling structural issues is not enough, and architects are notorious for under-estimating the cost of such projects. The city – and your experienced remodeler – will both need this information to pull permits.

To learn more, read our post about foundations and second-story support.

Q8. Are there height restrictions to second-story additions?

A. Probably. Unless you live in a remote place, it’s likely that either the city or the county (for unincorporated areas) has zoning ordinances in place that limit you on the height of your structure. Your neighborhood deed restrictions could even prohibit you from adding a second story altogether, so you must make sure you’re in the clear with your plans before starting construction.

Your remodeler should be able to handle this for you, although if you wait until he is onboard the project to confirm you’re able to build up, you risk losing any money you’ve already spent on the project when you find out you can’t build up. So it may be better to call City Hall or the county courthouse yourself.

Q9. What if I don’t have room for a staircase?

A. Building codes require above-ground-floor living spaces to be accessible by actual stairs with a certain amount of width, tread depth, and headroom above. This is why you can have a pull-down ceiling ladder into your attic, but not into your second-story addition. Since the stairs can’t go straight up, they have to spread out, and this can take up significant room that some homes’ first floors may not afford.

Installing a spiral staircase is one way to limit the footprint of the new stairs. They’re a striking feature to add to a home and they can often be done for less money than a typical staircase. However, they’re often difficult for children or seniors to navigate. So another option that some homeowners opt for is to install the second-floor access outside. This has its own obvious drawbacks, but it’s a way to leave your first floor (and second floor) layout relatively undisturbed.

Q10. Will any work have to be done on the existing first floor?

A. It is possible to do the addition in a way that doesn’t require, for example, removing the first-floor ceiling, drywall, or ceiling joists. These things depend on the setup of the home, such as where the duct work is, whether there’s a basement, etc. It’s common for at least the existing walls to need reinforcement to support the additional weight, and to need to update windows, trim, and other features to match the new second story aesthetically.

Of course, as we’ve seen, the stairs have to go somewhere, and that alone can mean having to reconfigure the first floor layout (if they’re to be placed inside), which is another reason second-story additions can be costly.

In Closing: Why You Should Pursue Adding a Second Story 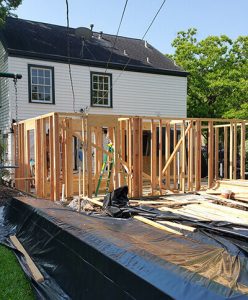 These are the real facts about second-story addition work, and I hope they’re not discouraging. I have never regretted adding a second story to my home and there are many good reasons to build up.

I love and appreciate my house and the changes I made during the remodeling, and I know you’ll feel the same way, especially if you work with a skilled remodeler.

Feel free to contact me or my team if you have any questions about second-story additions, or any other residential remodeling projects.

Legal Eagle Contractors is an award-winning full-service building and remodeling company for residents of Houston, TX with decades of experience in home and second story additions.