Curious about ballpark costs for your remodel? Visit our Price My Project tool.
4 Remodeling Nightmares and How We Avoid Them - Legal Eagle Contractors vs Average Houston Contractors - Read the article 713-723-8850
« See all before and after projects

The Lynbrook Kitchen and den renovation is a classic study in the fluid and creative nature of remodeling. The finished product was far more fabulous than any of us imagined – especially our clients. This is what makes remodeling so much fun – and so rewarding – to our clients and to us as a design-build company.

The original plan included removing the oddly curved kitchen cabinets and removing the wall between the kitchen and den to “open up” the views in between the spaces – a common design goal. The existing den had a cathedral ceiling, but the kitchen had a typical low 8-foot tall ceiling. (See before photos)

Our architectural design included taking out the intervening wall between kitchen and den but leaving the 8′ ceiling in the kitchen. However, during demolition, our framer and our project manager Jordan noticed there was a tall attic space available over the ceiling. Even better, the way the attic was originally framed opened up the possibility of continuing the den’s cathedral ceiling all the way into the kitchen area, creating one massive space. We took advantage of that opportunity. We drew this new idea in our virtual 3-D software and showed the new look to the owners. They loved it and were immediately on board.

To emphasize the expansion and new ceiling height, we fabricated a 35-foot long rough-hewn lumber, faux wood beam at the peak. See photos. We later stained that beam to match the wood-look tile flooring so it all ties together. The transformation of this home was nothing short of amazing! (see after photos). This is creative design-build construction at its best!

But that was just the beginning. The cathedral ceiling extension precipitated the removal of walls, this time between the kitchen and breakfast area and also between the Den and Game room nearby. As we exposed more wall and ceiling framing we discovered these new design elements would work and could all be easily accomplished. Again, we showed the clients exactly what all this would look like in our virtual, 3-D software, and again, they were on board, saying “We want that!”

Using large structural beams we went on to eliminate the intervening walls between the kitchen and the breakfast room and even raised the ceiling height in the adjoining game room.

Adding well-placed, modern, 4″ LED recessed lighting in the ceilings further transformed not only the kitchen but also spruced up the adjoining breakfast and game room spaces!

The end result is so striking and SO different from the look of the original home that it doesn’t even look like the same house. The owners were so thrilled they had a “Proud of my Project Party”, inviting friends and neighbors, and all of our trades and Legal Eagle personnel who worked on the job, to celebrate the the spectacular finished result.

It was a great project all along. We have extremely happy clients and we at Legal Eagle are proud of our team, and the finished results! 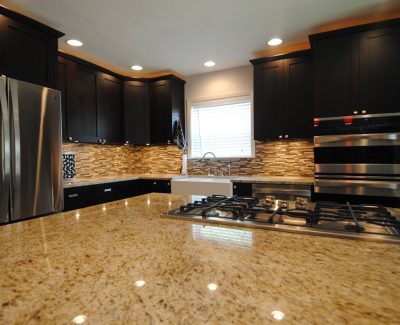 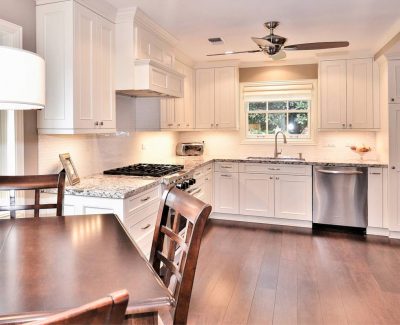 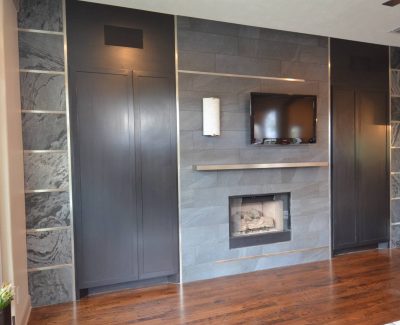 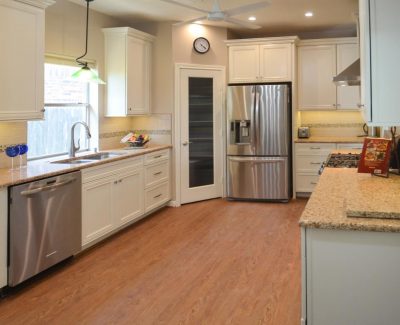