The Meyerland Racoon Family Visit or Visitors in the Night

The Meyerland area is a great area to live in to raise your children and grandchildren.   I just love the sense of community, the friendly folks and the spontaneous chat-gatherings that happen at the end of my driveway with great neighbors. The flood has certainly brought us all closer together. Some of us have also seen more of our “critter neighbors” since the storm. I’m sure they have their own harrowing Harvey tales to tell.

Consider the story told to me by one my remodeling clients on Cedarhurst. Let’s call them “Mel” and “Amy”. A month or so after the storm, they discovered that not one, but three raccoons had invited themselves in through the cat door to dine on one of their favorite delicacies: cat food. Deep in the woods, racoons eat fruits, berries, sweet corn, nuts, seeds, fish, snails, frog and other insects. We have replaced their woods with brick homes and swimming pools however, so they have adapted to surviving just fine on more delectable household treats.

Anyway, Mel and Amy chased the little buggers out, and even managed to trap one in a “friendly trap”, to release into the wild elsewhere. 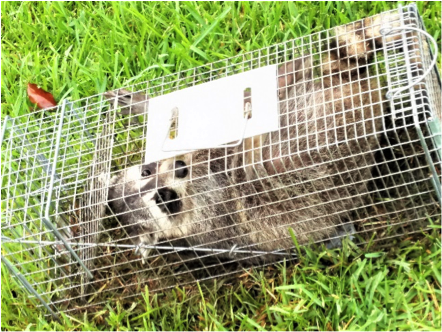 (This little guy looks pretty relaxed, reclining in his trap. Marshmallows and chocolate will do that to you.) Logic says bait your trap with “fruits, berries, sweet corn, nuts, seeds, fish, snails, frogs and other insects”, but no. After some experimentation Mel and Amy discovered the most irresistible trap-treats from a suburban raccoon’s point of view are artery-clogging “Little Debbie Chocolate Marshmallow Pies”.

Mel and Amy thought that was the end of it. Little did they know the striped visitors they shooed out were just the scouting party for the larger ‘coon-mob. Word got out. This place had a convenient entry door, cat food and Little Debbie Chocolate Marshmallow Pies. To make sure they had a second escape route, the raccoons sent one of their more athletic members down the chimney to check it out. Amy and Mel were watching TV when they happened to glance left, to the fireplace.   This is what they saw smiling back at them: 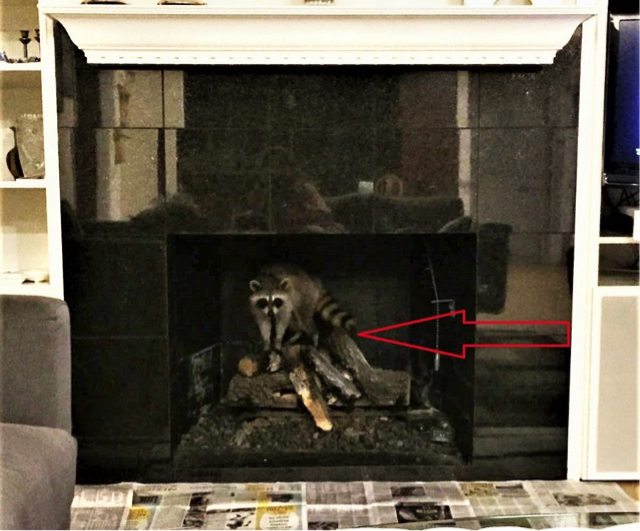 Mel chased this bold specimen up the Chimney and returned to continue watching TV. Fast forward to 3 AM the next morning. Amy is awakened by strange noises in the house. She and her husband went around the house and discovered seven raccoons in the house. Yes, Seven. They polished off the cat food in no time leaving their telltale paw prints in the aftermath. The cat was chagrined but was not going to get involved. She is after all, a cat. 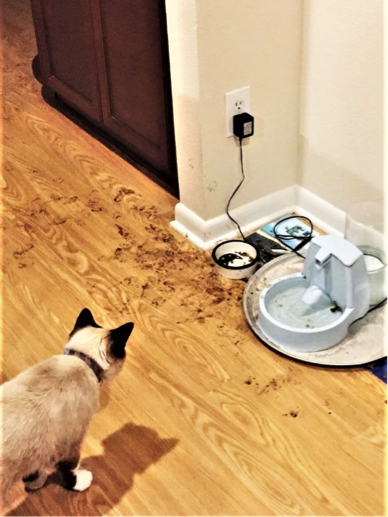 The masked horde roamed all over the house in search of more Little Debbie Chocolate Marshmallow Pies, leaving their cat-food-laden prints on the toilets and countertops. 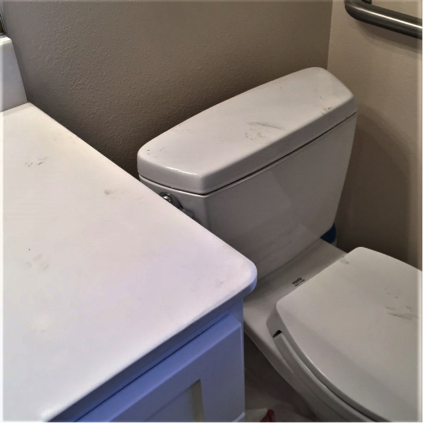 What to do? Both Mel and Amy armed themselves with brooms, opened up all the exterior doors and ran around the house like crazy people, shouting and chasing the raccoons in circles until they were all out of the house. The trauma of being pursued by people welding brooms so close to Halloween apparently traumatized the group so they have not come back. After being chased out they regrouped by the pool to discuss the wisdom of future sorties into the house to score some Little Debbie Chocolate Marshmallow Pies   So far they have resisted the temptation. So far.!

* No raccoons were injured in the making of this story. 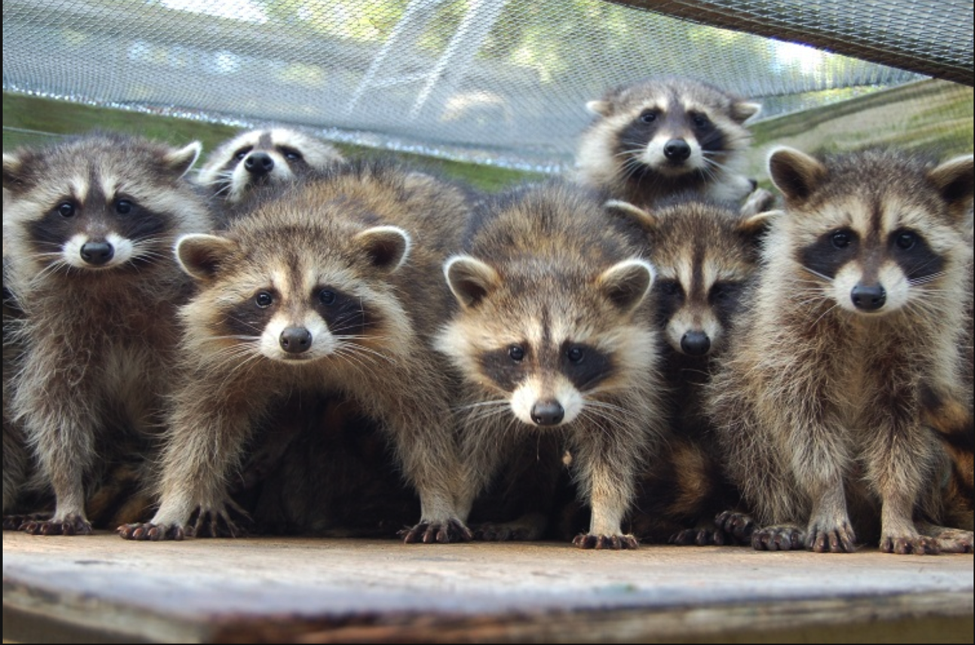