How To Pay Your Contractor

Mrs. Helen Johnson thought that she had done everything right. She found a contractor’s name through a neighbor that seemed to be very satisfied with his work. She hired him to do a kitchen and bathroom remodel in her home, assuming all would go well. His price was really good. At $40,000.00 it was $12,000 less than the other 2 bidders.

The contractor asked her for $20,000.00 down, so he could “go buy the materials”. Assuming that would happen, she gave him the money. He showed up a few days later and took the upper cabinets out of her kitchen. He left the bottom cabinets sitting there, untouched. Then he didn’t call or show up for a few days. Helen was puzzled by this and started calling him to find out when he was coming back to continue the work. Over the next few weeks a litany of excuses ensued. Pretty soon it was clear he was not coming back. He had a good chunk of her money. He had already moved on to his next victim. This man is not really contractor. He is a thief masquerading as a contractor. Don’t get caught in a trap like this.

As a remodeling contractor that does a lot of expert witness work helping homeowners go after bad contractors like this, I see far too many homeowners fall into this trap. Professional remodelers will not ask you for a large down payment. If your contractor tells you he needs money to go buy materials, this is a red flag. Contractors should be solvent enough to purchase the materials that they need to start work. Watch out- if his price is significantly less than the other bidders, that is a red flag that spells trouble too. 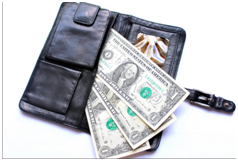 One exception to this down-payment rule is if there are custom made components that have to be ordered in advance, such as custom cabinetry or a house full of custom windows. These do require money up front as the contractor owns them when they are ordered. To be safe, before you write the check, arrange for your contractor show you the manufacturer’s confirmation that he successfully placed the order before you write him another check.

Never pay a contractor 50% down or even 33% down. 10% is OK if the contractor has written a detailed estimate. Over the years I have developed an extremely fair way of paying for remodeling work. It works like this: The project is broken down into visible steps of work on the job called “milestones”. Milestones are things like start of demo, when the granite is installed, when the cabinets are installed, at the beginning of drywall work, when the shower glass is installed, etc…. Very visible steps.

Ask for a payment schedule that has milestones like this listed roughly in the order that the work occurs. Each milestone carries a percentage of the total contract and a dollar amount that reflects where things are in the completion of the work as it progresses. As the next milestone is reached, the homeowner catches up and pays the amount of money tied to that step.

Using this method, the homeowner is not financing the contractor by giving him a large amount of money down – money which he has not yet earned. The contractor is not financing the homeowner by having to wait to get paid, spending money on labor and materials without receiving fair compensation along the way. The idea is to have money follow actual progress on the job.

Using this method the remodeler stays motivated; he knows he will not be receiving his next check until he reaches the next progress milestone on the job. The homeowner is thus protected from overpaying the contractor.

At the end of the job, a percentage of money can be held back until the final touch-up list is completed. This percentage usually ranges between 2% and 5% of the total contract, depending on the size of the project. A large project (over $100,000.) may have a 2% hold-back and a smaller project, like a $20,000. bath remodel project would have a 5% hold-back. You get the idea. This final amount is not due until the project is completed. “Completion” should be defined specifically in the contract that you have with your remodeling contractor. Most commonly it is defined as the point where the homeowner can move into and occupy the remodeler spaces. When the touch-up list is complete, the final check is due and the warranty period begins.

This method of closing out the job provides a clean, non-contentious way of finishing the job and not putting the homeowner in the position of paying the last check before the work is actually completed.

In conclusion, to avoid problems:

These suggestions will go a long way in having a smooth, successful remodeling project!