The Challenges of Building on Houston’s Gumbo Soil

With Louisiana as its next-door neighbor, Houston is rife with Cajun influences, including a certain delectable dish made from roux and stock, meat, shellfish, or sausage, okra, and other veggies, all over rice. But that’s not the only gumbo you’re likely to come across in southeast Texas.

The Houston area is known for a certain type of dirt known as gumbo soil. It can make gardening something of a pain, but it also makes building homes on it a significant challenge that’s exacerbated by the often turbulent weather of the Gulf Coast region. It’s something home builders like us need to take into account for projects ranging from room additions to new builds.

We’re delving into what this soupy stuff is and what to do if you’ve got gumbo soil on a lot you’re planning to build on (or already have), so that you can avoid shelling out hundreds or thousands of dollars in foundation repairs down the road.

What is Gumbo Soil?

Although you might think its name comes from having lots of components to it like the Cajun stew, the truth is almost the reverse. Gumbo soil is so named because of its one main ingredient: clay. With its high clay content, this dark soil becomes thick and sticky when wet, and it remains wet for long periods because of its low permeability.

This trapped moisture makes the soil swell, until it finally dries, causing the soil to shrink. The effect on a home built on gumbo soil is constant shifting and settling as the soil wets and dries, which can cause cracks in a concrete slab foundation that can be severe over time or during a prolonged drought. This leads to cracks in the brick veneer, sticking doors, cracks in the ceiling, walls, and floors, and other potential problems.

What to Do When Building on Gumbo Soil

You don’t have to guess whether gumbo soil might lie underneath your planned-for Houston home. Through the Web Soil Survey created by the United States Department of Agriculture, you can ascertain whether your soil is high in clay. Or you can hire a geotechnical engineer for the project to get the opinion of an expert and to conduct soil tests.

Assuming your research confirms gumbo soil, there are a few additives that can mitigate the issue:

Consider a Pier and Beam Foundation

A standard concrete slab or slab-on-grade aren’t your only options for a new home’s foundation; in fact, there’s another style that can help you improve your house’s stability when faced with gumbo soil.

A pier and beam foundation involves burying a reinforced concrete footing deep underground to anchor the foundation. Next, “piers” or pilings of concrete or brick are constructed and attached to the footing. These protrude up from underground and support beams directly connected to the floor joists underneath your flooring. Basically, it’s a way to rest your multi-ton home on something more secure than “gumbo.”

As an added benefit, with this foundation style you get a crawl space under the house, which makes for easier access to heating and plumbing. It also tends to make your home look bigger than it is, which most homeowners appreciate. 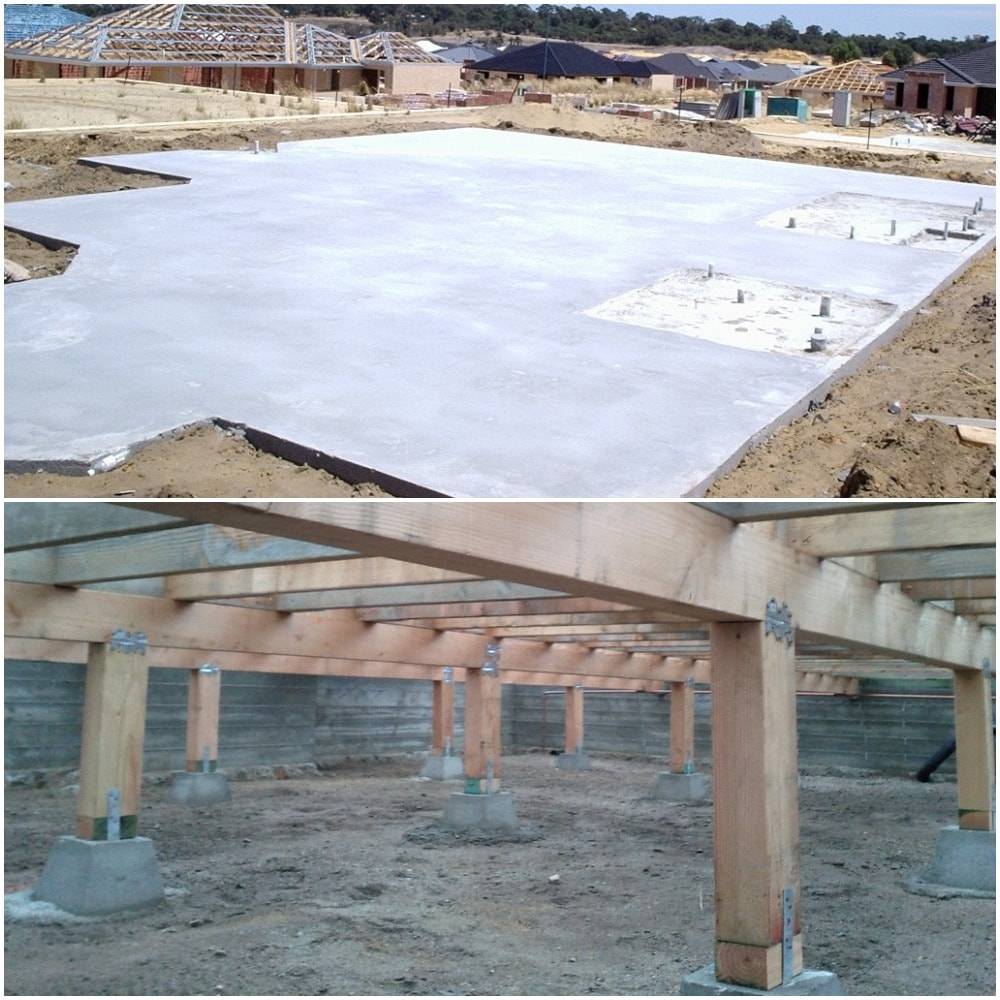 You’re not out of luck if you already live in a house built over gumbo soil; you’ll just need to commit to some preventative maintenance.

Since the core of the threat from gumbo soil is the swelling and shrinking movements that result from the soil wetting and drying out, you can avoid this by doing your best to keep the soil around your house at a consistent moisture level year-round. Obviously it’s during the dry times that you’ll need to take action.

A sprinkler system can work as long as it gives you good, even coverage and doesn’t overdo it, because then you run the risk of causing swelling. A soaker hose buried three inches deep, roughly six inches away from the perimeter of your house, all the way around, is a simple fix. Turn on the flow just enough to dampen the soil without causing puddling or runoffs. How often you’ll need to water depends on the weather; it could be every day during a drought or every few days if it’s not dry season.

The most expensive but also most hands-off solution is a foundation watering system buried by a professional installer that works similar to a soaker hose, except the timing and volume of watering are automated.